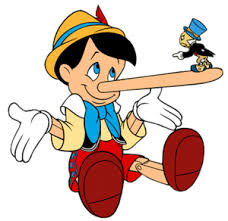 If a fib is told convincingly enough, the teller often ends up believing it herself. Not that I was a fibber, but I wove some very convincing tales that would have made Huck Finn proud.

Barbara Kay, Annie, and I (Mary Barbara) were born within a three-month span. There almost was a fourth cousin our age. Sadly, Aunt Mary K’s baby did not go full term, although I later became great friends with her daughter (and my cousin) Mary Ellen, a few years younger.

We three older cousins spent a few weekends together at Bochi’s. Our parents gave us spending money, quickly spent two blocks away in the center of her small village. Walking around the park and window shopping was a lot more fun without the accompaniment of an adult.

Annie and Barbie were used to walking along sidewalks. To me, it created pure almost-teenage sophistication. Pender-Towley tolerated us trying on their vast hat display, oohing and aahing over the sophisticated styles and laughing at the outrageous.

We ordered hot dogs on toasted buns, a shared basket of French fries, and ice cream cones at Martha’s Diner. Spinning on red plastic-covered stools at the counter, we’d keep a sharp look-out for boys. Truthfully, I spun, Annie and Barbie sat like young ladies.

After eating, we shopped at Grants to purchase a gift for Bochi. We stocked her up with dish towels, large plastic floral arrangements, and goldfish.

I ran out of money before Barbie or Annie because they started with twice as much. If they wanted to return the following day for another hot dog or ice cream, then they were forced to share with me. A humbling experience.

The three of us slept upstairs in a bed high off the floor. Despite the fact we were practically teenagers, Bochi insisted on placing the back of a wooden chair against each side of our bed, so we wouldn’t roll off. It warmed my heart when the chair persistently took its place after I graduated from high school.

A tiny door on the far side of the bed led to a dark storage area over the eaves. Barbie and I didn’t like sleeping on that side.

Annie and I grabbed our spots first. Reluctantly, Barbie took the scary side. We each rolled to our right and began scratching the back of the one in front. After a few minutes, we flopped over and repeated the process. I was in the middle and got twice as much scratching, which was good, but I didn’t get to lay still and enjoy it, which was bad.

We finished scratching. Our soft talking dwindled and died out.

http://www.indianapioneers.com
The slanted roof is the same, but Bochi’s little door was scarier.

I broke the silence. “Have either of you ever looked behind the little door?” I whispered.

Barbie asked, “What’s in there?”

I described walls of cobwebs and giant spiders, colonies of bats, and a strange scratching sound coming from the far corner. Annie snorted and Barbie shoved tight against me.

“What was making the sound?” asked Barbie.

“It might have been a rabid animal,” I continued. “It sounded a teeny bit closer whenever I looked away.”

“Not at first. I figured it was a raccoon or a squirrel. It shuffled and scratched halfway to me and then the light from the open door revealed the truth. (significant pause) It didn’t look like any animal I’ve ever seen. I slammed the door shut and immediately felt a soft bump against it.”

Barbie scrambled over the top of me and wedged herself into the middle, pushing me to the outside.

“Did you lock the door?” she asked.

In a deep voice, I dragged out the words, “The door doesn’t have a lock.”

Annie made me admit I made the story up. It took a while, but Barbie finally fell asleep; Annie had long ago.

Now, I lay on the scary side, wide awake, staring through the moonlight at the little door.

This was not the first or last time my over-active imagination kept me awake at night, but my intent was to scare Barbie, not myself. No fair.

Lesson learned: Mischief has a way of boomeranging, a truism that came back to bite me countless times. I was not a fan of ‘What goes around comes around’.

Now it’s your turn: Did you have a scary attic?