Making A Mountain Out Of A Molehill 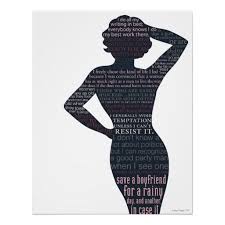 My Audrey Hepburn self was determined to become Marilyn Monroe and wouldn’t settle for anything in-between.

Manipulating the clothing styles of the early 1960s, I quickly became fashionably unfashionable.

Dr. Kildare and Dr. Ben Casey caused many arguments at school over which was most dreamy. In truth, neither was on my hunk list (waaay too old), but I had to make a choice. Which old geezer would I pretend to have a crush on? 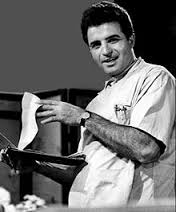 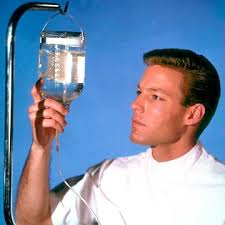 Each wore a white ‘doctor’ shirt, with stiff starched copies available for sale. The two versions were nearly identical, except one doctor had his buttons stitched on the left, and the other on the right.

Mom bought me one of each. I flaunted my richness by alternating the unflattering shirts each day. The lab shirts did not look attractive on anyone. 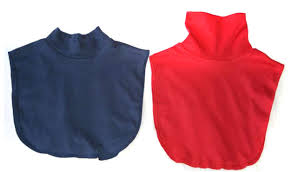 http://www.woman’sday.com
Dickies of 1962 were knit

The following year, a new fashion fad did flatter my skinny silhouette. It boosted my esteem by boosting my curves.

Announcing the Dickie: a turtle-neck with no sleeves or body, worn under a sweater or blouse. Boys also wore them under their button-down shirts.

I appreciated Dickies with their additional square of knit material laying on my chest and plumping me up. My Dickie was a form of legal bra-stuffing. 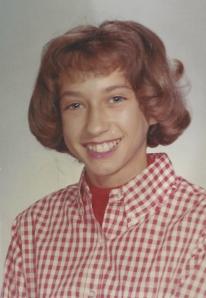 A future bad dickie and equally bad pin curls.
No, this can’t possibly be me.

My favorite outfit was a tan V-neck angora sweater with my brown Dickie. I wore it with an olive skirt Barbara Kay (my cousin) handed down to me. I didn’t need to tighten the waistband with a safety pin; rows of stretchy stitching made it ‘one size fits all’. And it had pleats, sort-of-almost making an hourglass figure (if you looked in a funhouse mirror).

At the time, I only owned one other winter school outfit, a dress. When Mom realized my lack of school clothes, we went to the Fair Haven Outlet and bought two more outfits. She also spoke to Aunt Nellie about sending over more of Barbie’s cast-offs. Instead of rotating two outfits for school, I now wore a new change of clothes each day for two weeks.

In an effort to flesh myself out, I wore several slips under my outfits and two pair of knee-socks over my stockings. I’m not sure if my padding fooled anyone (probably not), but it made changing for gym a bit tricky.

Inside our locker room, I turned my back and pulled multiple knee-socks off each foot in one smooth motion, giving the illusion of a single pair. I dropped my collection of slips to the floor and quickly put the wad inside my locker.

Putting multiple socks and slips back on was not as discreet.

Giving a shiver and rubbing my legs, I answered, “My legs are cold.”

“Why are you wearing three slips at once?”

“I was worried my dress might be see-through in the sun,” I answered with unaccustomed modesty.

Dress slacks (forget about jeans) weren’t allowed in school, so my toothpick-legs and bumpy knees were on constant display. Pants wouldn’t help my plight anyway, since any small enough to fit my waist ended halfway up my leg. Picture a stick figure of the Hulk with his tiny clothes.

I stopped trying to appear voluptuous in my twenties (I’m lying, I never wised-up until my late thirties, but that sounds too pathetic) when I finally admitted defeat and worked with what God did or didn’t give me. But I still longed for sexy curves.

Be careful what you wish for, or at least be specific. Big bazoombas briefly appeared with my pregnancy at age thirty-six, but they blended in with my beluga stomach, forming one giant mound. Upon giving birth, my curves disappeared as quickly as they came.

Twenty pounds of permanent curves finally arrived in my mid-forties, and a lot of those pounds settled in places NOT on my wish list.

Lesson Learned: Trying to improve is admirable, but there reaches a point when you simply need to work with what you’ve got.

Now it’s your turn: Did you attempt a makeover?

By skinnyuz2b in Making A Mountain Out Of A Molehill on November 20, 2013.
← Toe Story Attic Dweller →